Founded in 2003 by Eloisa Haudenschild, the haudenschildGarage seeks to provide cultural platforms through which international and regional artists are encouraged to experiment and engage in broad-ranging dialogues.  The goal is to offer a facilitative context for opinion and production.  The haudenschildGarage collaborates directly with artists through Projects and Commissions, Garage Talks, Fuel4Talks, and Artist Residencies. 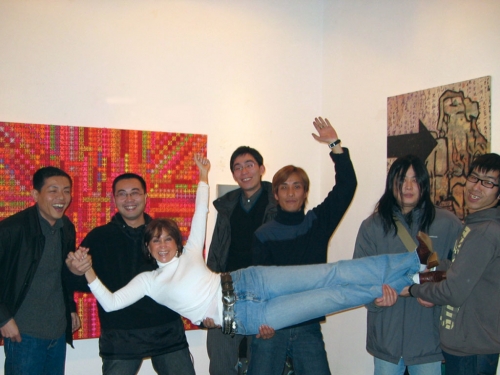 The haudenschildGarage was founded by Eloisa Haudenschild in 2003.  Eloisa is a collector and active supporter of global contemporary art, especially the work of emerging artists. Collecting is primarily a result of Eloisa’s involvement with artists and the artistic community in Latin America, China, and Europe.

Her Latin American collection, in particular, began in the early 1990s due in large part to Eloisa’s involvement with inSite, a binational initiative that commissions artists to make new work in Mexico and the US.  As inSite’s President since 1997, Eloisa continues to work closely with significant Latin American curators and artists.

In the late 1990s Eloisa began traveling to China where she forged friendships with young Chinese curators, artists and gallerists. In 2002, selections from the collection were curated as a traveling exhibition Zooming into Focus: Contemporary Chinese Photography and Video from the Haudenschild Collection. From 2002 to 2005, the exhibition traveled to five cities: San Diego, California; Tijuana, Mexico; Shanghai and Beijing, China; and Singapore. Zooming into Focus was the first exhibition of its kind in San Diego and Singapore and the first contemporary Chinese photography exhibition at the Centro Cultural Tijuana, Mexico. It was the first time the Shanghai Art Museum exhibited works of contemporary Chinese video and photography from a private collection and, perhaps most significantly, it was the first retrospective exhibition of Chinese photography and video ever held at the National Art Museum of China, Beijing. Two symposia were organized in conjunction with exhibitions in the United States and China. A catalog with commissioned essays was published in conjunction with the symposia in 2005.

In 2003, Eloisa founded the haudenschildGarage that works with artists through international and regional projects and commissions to present symposia, lectures, and film screenings to the public. A series of artist residencies introduced numerous young Chinese artists to the U.S. for the first time.

In 2015, the haudenschildGarage introduced Projects in the Garden with two commissioned works: EVEN WHEN FALL IS HERE by Mexican artist Erick Meyenberg (completed in 2018); and the Brazillian artist Cadu’s (Eduardo Costa) Monumental Negative-A Family Portrait (also completed in 2018). 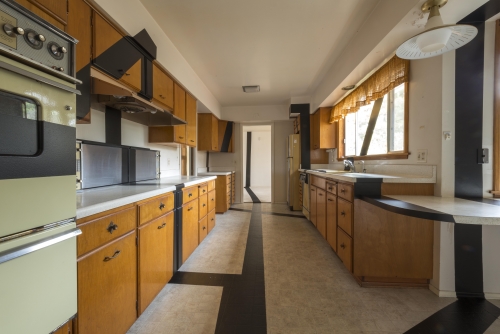 Garage Projects are long term, collaborative projects in which the haudenschildGarage engages directly with artists, institutions, and communities. These projects often take place over an extended period of time and often contain various intersections with the public.

Recent Garage Projects include the Political Equator IV (2013-2015) based in Argentina with Teddy Cruz, Alejandro Meitin, and Mauricio Corbalan; and a kitchen/garden project in a suburb in Buenos Aires with the literary collective, Eloisa Cartonera and author Washington Cucurto (2012-2017). In 2013, the haudenschildGarage collaborated with Mark Bradford on Hermès, a project developed between Los Angeles and La Jolla, California. The same year, the haudenschildGarage produced the documentary Triples/Trillizos, with Itzel Martínez and Lucía Sanroman. The film was selected by and screened at the Oaxaca International Film Festival in Mexico, the New Orleans International Film Festival, the Cortopolis Film Festival in Argentina, the La Femme Film Festival in Los Angeles, the 2nd Academic Conference of Visual Anthropology in Mexico, and the Encuentro Académico de Antropología Audiovisual. In 2010, the haudenschildGarage founded the Fundación Migdalia Rubio (FMR) that offers educational scholarships to at-risk youth in Tijuana, Mexico. The FMR’s most recent project (2015), Niños Trabajadores de la Linea, removes children from Tijuana’s bartering lines and gives them a chance to attend labs and art workshops.

In 2006, the haudenschildGarage launched SPARE PARTS, a 3-year cycle of Garage Projects commissioned and produced by Eloisa Haudenschild and Steve Fagin. Projects included Decolonizing Architecture in Palestine (2007); A Crime Has Many Stories in Argentina (2008); and The Last Book in the U.S. (2009).

Decolonizing Architecture (2007) was a collaboration with London-based architect and theorist Eyal Weizman and Bethlehem-based architects Sandi Hilal, Alessandro Petti, and Giorgio Agamben that took the settlement of Psagot, overlooking Ramallah, and redesigned it for a post-evacuation time and context. The project included an exhibition and symposium at the Bozar Center for Fine Art in Brussels (2008-09) and was selected for the 11th International Architecture Exhibition at the Venice Biennale (2008). A Crime Has Many Stories (2008) was a project based on the 1975 short story La Loca y el Relato del Crimen (Madwoman and the Story of a Crime) by Argentine author, Ricardo Piglia. As a part of the project, Washington Cucurto, an Argentine author from the literary collective Eloisa Cartonera, was commissioned to write the short-story, El Hijo, in response to Piglia’s. The project culminated in a multidisciplinary, one-day traverse of Buenos Aires that began at Malba and ended at La Boca. Participants included curators Sonia Becce and Judi Werthein, with Monica Jovanovich-Kelley, Alejandro Ruiz and artists Rosalba Mirabella, Roberto Jacoby, and Fernanda Laguna. The Last Book (2009), directed by Steve Fagin, attempted to resurrect the medieval illuminated manuscript through the invocation of today’s current alchemy - new technologies. Through this project, a one of a kind book was constructed that included text, drawings, moving images, and sound. The Last Book enlisted American author Mary Gaitskill, artists Leslie Thornton and Davina Semo, musician Greg Landau, Shanghai novelist Mian Mian, and YouTube. The Last Book’s only public performance took place in Los Angeles at the Schindler House (MAK Center for Art and Architecture) on April 26, 2009. 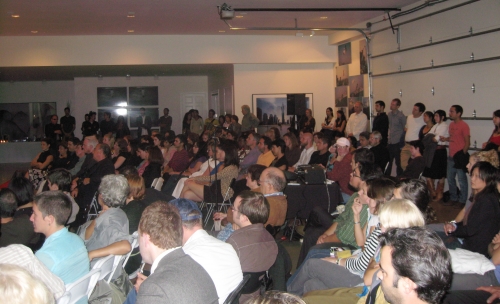 The haudenschildGarage presents two kinds of public events, Garage Talks and Fuel4Talks. Garage Talks tend to be open-to-the-public presentations that are often the culmination of a long-term project or exhibition and can range in form from moderated panels to lectures to multi-day symposia and performances. Fuel4Talks are smaller gatherings with visiting artists that include roundtables, interviews, and film screenings. 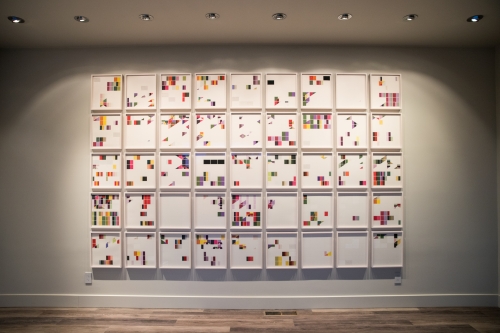 The haudenschildGarage routinely engages artists to undertake commissions, both in the United States and internationally. These commissions range from works of art to films to performances.

Past commissions include the 2014 documentary short directed by Itzel Martínez, Triples/Trillizos, which was an Official Selection at several international film festivals such as the Coronado Film Festival, La Femme Film Festival in Los Angeles, CA, New Orleans International Film Festival, Cortopolis in Buenos Aires, Argentina, and Oaxaca Film Fest; a mural in Buenos Aires by Argentine artist Cécile Perret (2012); The Gift Exchange, a video by Chinese artist Yang Zhenzhong and Mexican artist Eduardo Abaroa (2011); the short story El Hijo by Washington Cucurto and a video of a reading of The Madwoman and the Story of a Crime by its author, Ricardo Piglia for the Garage Project A Crime Has Many Stories (2008); the design and construction of the modular Import/Export Table by Raul Cardenas of Torolab for the Political Equator II conferences (2007) which was constructed entirely out of the waste from exchanges between the US and Mexico; a graffiti mural in Los Angeles by eight LA-based graffiti artists in collaboration with the New Chinatown Barber Shop with Mario Ybarra Jr., Germs, Neo, Retna, Sherm, Spew and Zender and poet, performer and art critic Karla Diaz (2006); the Super Angel performance by Chinese artist, Shi Yong at SDSU (2003) and the video Let's Pray by Chinese artist Yang Zhenzhong (2003). 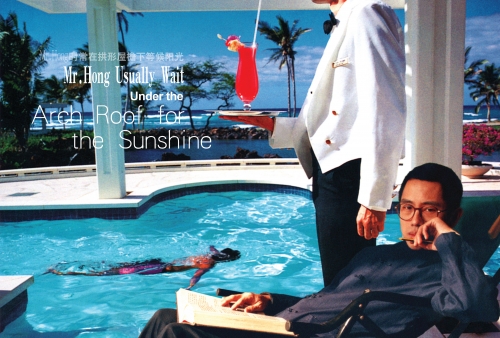 The haudenschildGarage has invited emerging and established global artists to be Artists-in-Residence in order to create new work. Residencies often culminate in a public talk or performance.

Past invited artists include Erick Meyenberg (2018) who created his garden installation EVEN WHEN FALL IS HERE, and Eduardo Costa (Cadu) (2018) who produced a sculpture Monumental Negative - A Family Portrait for THE GARDEN, Yang Zhenzhong and Eduardo Abaroa for the production of The Gift Exchange project (2011); Washington Cucurto and Maria Gomez from the Argentine literary collective, Eloisa Cartonera (2009); Chinese author Mian Mian discussing her banned novel, Candy (2000) and novel, Panda Sex (2009); Tom Zummer (2007); Chinese artists Yang Zhenzhong and Shi Yong, who produced new works while in residency, and Yang Zhenzhong's video I Will Die was selected for the 2004 Venice Biennale (2003). 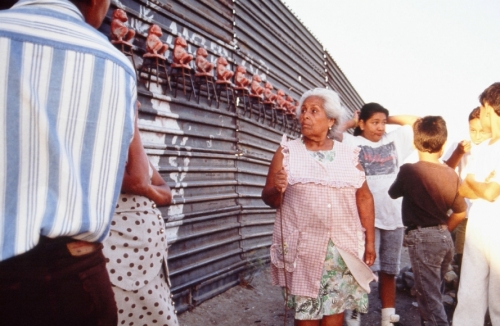 The haudenschildGarage routinely supports programs that are in-line with its larger mission hosted by non-profits and arts organizations. These programs have included inSite, La Patronas, Athenaeum, exhibitions at REDCAT, the America’s Society New York, the New Orleans Museum of Art, and the University Art Galleries of UCSD and SDSU and the exhibition Wandering Position: Selection from the inSite Archive at MUAC in Mexico City (2010); a documentary about the threat to local artisans in India, Tomorrow We Disappear (2014); a collaboration with the Warrior Foundation ~ Freedom Station on a project with veterans (2014); a short film by Samuel Curtis, The Piano & The Ballerina (2013); Centro de Investigaciones Artisticas (C.I.A.) seminars and panels in Buenos Aires (2012); the residency program of SOMA, a Mexico City-based alternative art space and school (2012); A Reason to Survive (ARTS) in San Diego, California, an annual commission for young artists (2012). 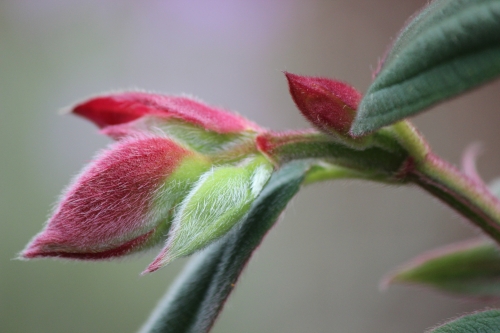 In 2015, the haudenschildGarage introduced projects in the garden.  The first two projects included Mexican artist Erick Meyenberg's EVEN WHEN FALL IS HERE and Brazilian artist Eduardo Costa (Cadu)'s Monumental Negative - A Family Portrait. 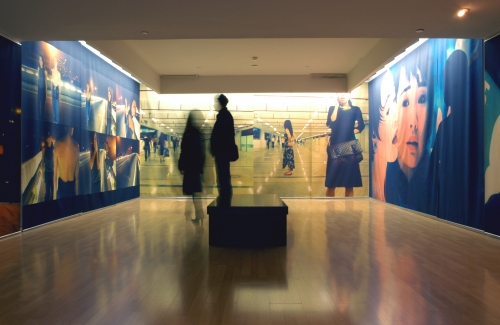 Contemporary art in China reflects the country’s rising influence as an economic, political and cultural force in the global arena. Chinese artists are gaining international recognition for their potent artworks that address a rapidly changing society; influenced by Western ideals and art practice, their creative production nevertheless remains distinctly Chinese in its content and aesthetic.

Zooming into Focus investigated the effects of accelerated change in China through the work of the country’s most talented emerging artists. The swift transformation of Chinese culture is reflected in the work of each of these represented artists who comment on contemporary Chinese urban life with intelligence, wit, foreboding and nostalgia.

Lorenz Helbling and Laura Zhou supported all exhibitions. Shi Yong was responsible for the installation design of Zooming into Focus at the National Art Museum of China, Beijing and he also designed the Zooming into Focus catalog.

In addition to the traveling exhibitions, two symposia were held: An International Discourse on New Chinese Video and Photography at the San Diego Museum of Art and Envisioning the Future of Contemporary Art from Different Glocal Positions at the China National Academy of Art in Hangzhou, China.

The haudenschildGarage launched its residency program in 2003 which invited Chinese artists and curators for the first time to the United States. Shi Yong and Yang Zhenzhong were the first artists in residence and Hou Hanru, Cao Fei, Yang Fudong, Laura Zhou, Lorenz Helbling, Evelyn Jouanno, and Victoria Lu were also invited to the Garage. Both Shi Yong and Yang Zhenzhong produced new works commissioned by the haudenschildGarage while in residence.

In 2018, the Haudenschild Collection was donated to the Hammmer Museum at UCLA in Los Angeles. It is hoped that through the Hammer, the collection will be made available not only for exhibition, but also for research by scholars and others interested in this formative decade in contemporary Chinese art.