First prototype of a larger Project [IMPort/EXPort] on modernist urbanism. Waste from international exchange is taken and then redesigned, transformed and re exported back with other use and other value. In this case a Conversation Table of modular design is created, built with pallets and a material derived from the rubber of used tires, both of these in reference to context of exchange between Mexico, USA and Asia. The Table is not a unique prototype there should be other tables in different places with other conversations in relation to uniqueness of their environs, seeing that the modulation is not solely of the object but of the conversations, so there is an exchange of them [conversations + conversationist] an Import and an Export between the different contexts.

Founded in 1995 by Raul Cardenas Osuna (http://creativetime.org/summit/nyc-2015/speakers-2/raul-cardenas-osuna/) in Tijuana B.C., MexicoTorolab (https://en.wikipedia.org/wiki/Torolab), is a collective workshop/laboratory of contextual studies that identifies situations or phenomena of interest for research. The result of this investigation should, in some way, enhance the "quality of life" (starting with our own). The projects are being developed according to our own competences and collaboration with other artists and experts in the fields that we are studying and investigating. The themes that we have developed until now range from research on the identity of the border region, to housing and security to community building and survival-the areas of concern are as broad and varied as the lifestyles and environs we're studying. The traces we leave behind with these investigations go from such things as Urban Interventions, Media Projects, Construction Systems, Survival Units to everyday things like furniture and clothing.

The Political Equator Conferences were launched in June 2006 with an investigation into the theme of Urbanities of Labor and Surveillance. Political Equator ll stages an exploration of the intersection between sociopolitical and natural domains, foregrounding the notion of a collective territory, but also a territory of collaboration that transgresses hemispheric boundaries. At the core of such trans-hemispheric sociopolitical and economic dynamics is the conflict between transcontinental borders and the natural and social ecologies they interrupt and seek to erase. A renewed politics of environmental activism, searching for effective paths to sustainability worldwide, increasingly collides and eventually clashes with the now-ubiquitous climate of heightened security and territorial dominance that is flourishing at the local as well as the global scale. What has been called the “disaster capitalism complex” is rapidly rising to its own form of dominance as global warming and terrorism challenge aging urban infrastructure and threaten fragile ecosystems and economies.

The field of operations represented by the collectives of architects and urbanists brought together for Political Equator ll traces an invisible trajectory across the political equator. This time the axis runs south to north, along which emergent Latin American practices of intervention simultaneously engage the politics of the environment and policies that are shaping contemporary cities. The Political Equator re-emerges in 2007 as a collaboration with Tránsito(ry) Público / Public(o) Transit(orio), following an event-based itinerary that travels from Los Angeles to San Diego to Tijuana, and back again. This provocative series of events and interventions will be hosted by major cultural institutions, neighborhood-based NGOs, and independent alternative spaces, eventually crossing over into the no man’s land of the border zone itself, where the Tijuana River symbolizes the conflicts these collaborative practices seek to expose and engage. 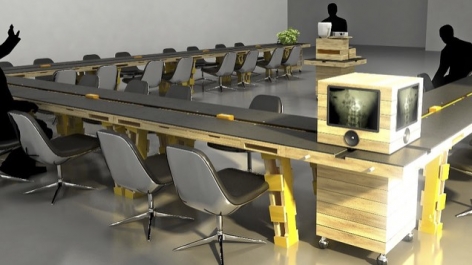 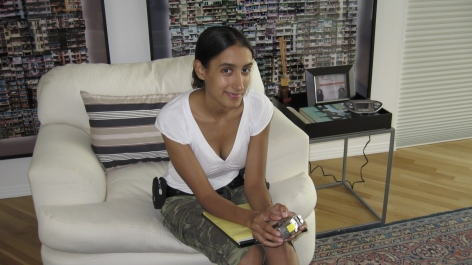 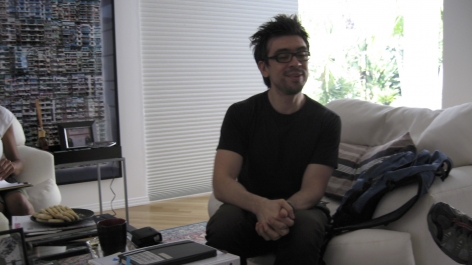 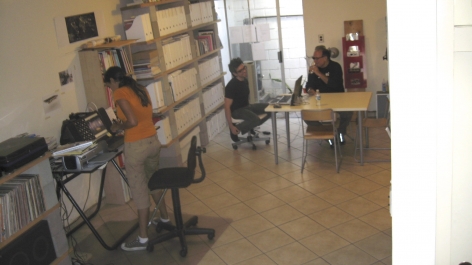 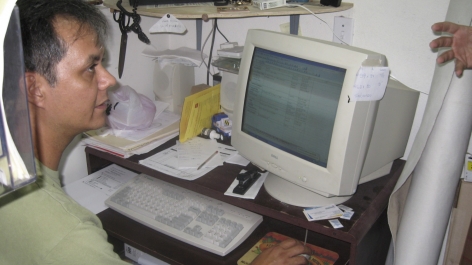 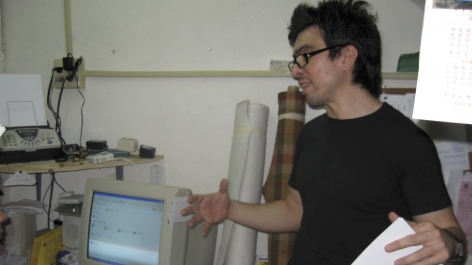 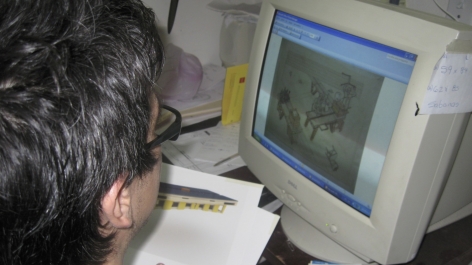 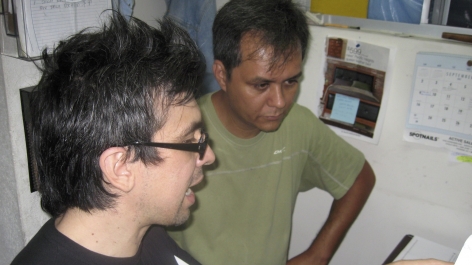 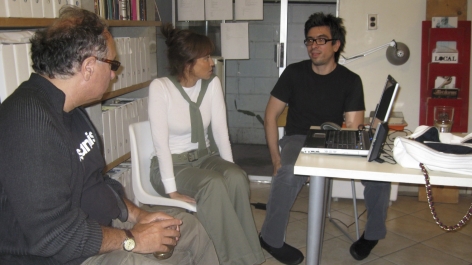 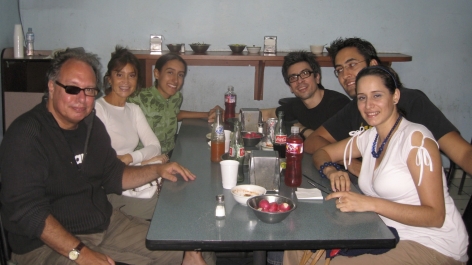 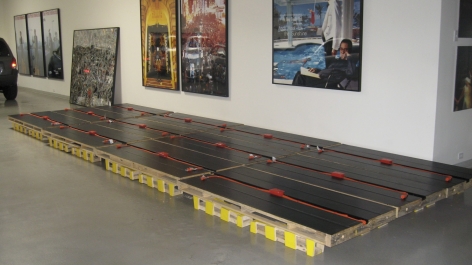 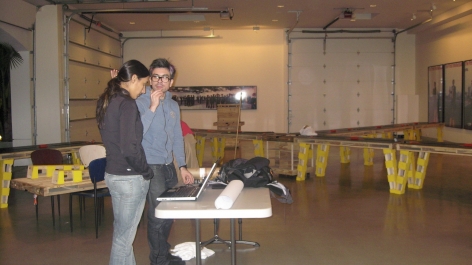 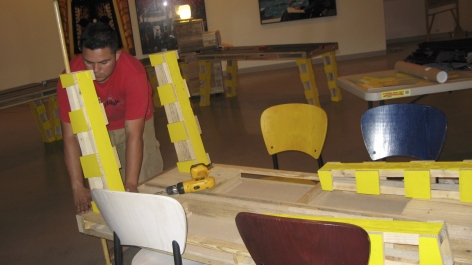 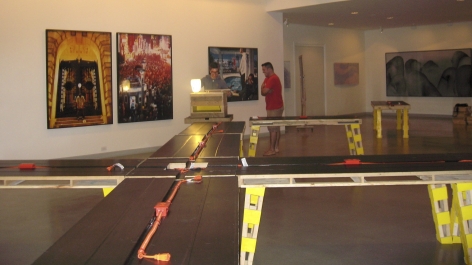 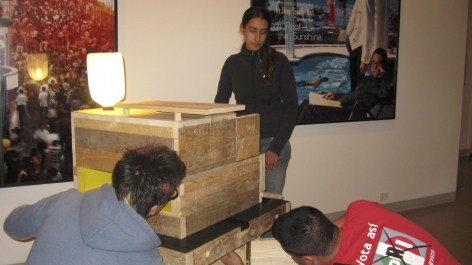 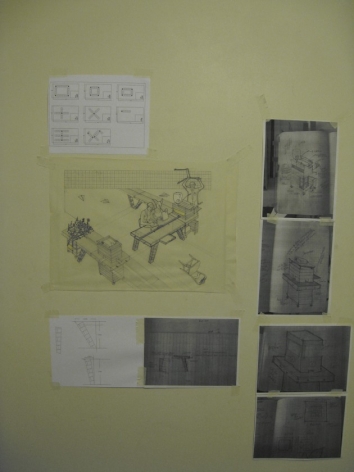 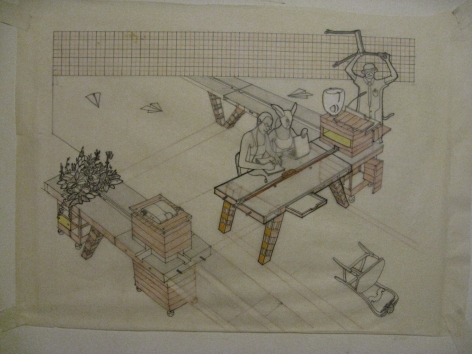 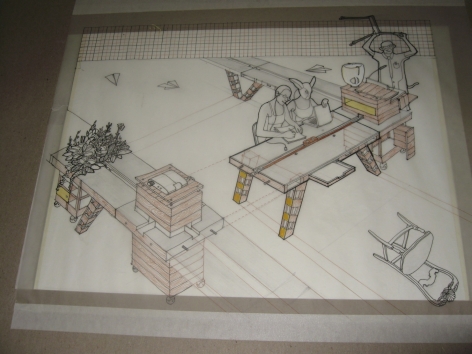 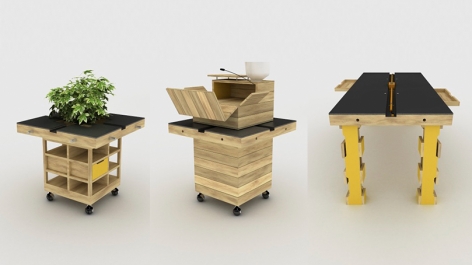 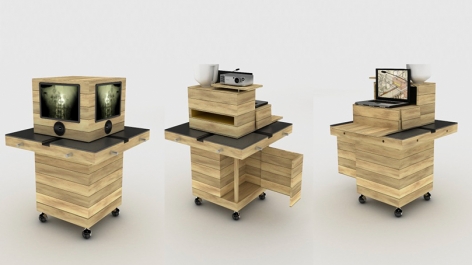 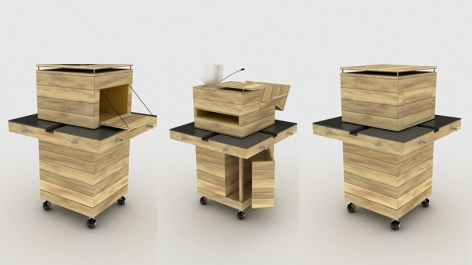