On June 30, 2007 the haudenschildGarage collaborated with the Orange County Museum of Art (OCMA) to present a talk with Cao Fei at the museum. The moderators were Hou Hanru (Former Director of Exhibitions and Public Programs and Chair of the Exhibitions and Museum Studies Program, SFAI) and Aimee Chang (Former Director of Academic & Residency Programs, The Hammer Museum).

The haudenschildGarage premiered Cao Fei’s film,  Whose Utopia?,  during the Political Equator Conferences.

Cao Fei spent six months at the OSRAM China Lighting Ltd. factory in the Pearl River Delta in China. Located in Guangdong Province, the Pearl River Delta has led the massive boom in China’s economy since the late 1970s. From 1980 to 2001 the region’s gross domestic product grew from eight billion USD to just over one hundred billion USD. A major manufacturing base for everyday products for Chinese and foreign markets, the region has drawn workers from throughout China in search of economic opportunities and a better life.

According to Cao, “most of the workers left their hometowns in pursuit of their ideal and dream in the Pearl River Delta area.” In the piece she focuses “on the innermost feelings of every individual in this globalized production chain, this giant and complex system of business, placing them at the center of attention, so as to let them rediscover their personal value which is often neglected during the process of creating huge business value.”

The installation at OCMA (6/30 - 9/2/07) is anchored by the video Whose Utopia?, an eerily beautiful portrait of the factory and of the workers’ daily lives, fantasies, and aspirations. Scenes from a typical workday are interspersed with performances by a peacock dancer, a ballerina dressed as an angel, an electric guitar player, and a break dancer. The final segment of the video—My Future is Not a Dream—is named after the rock band that formed as part of the project. A statement that can be read as both a positive statement of the fairytale possibilities of the future or as a hard dose of reality, the sentiment captures the dual nature of China’s current economic boom. 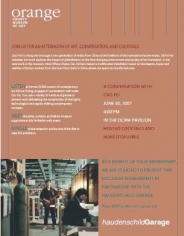 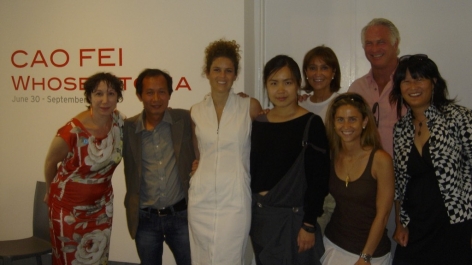 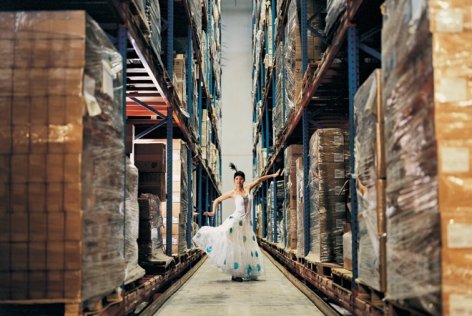 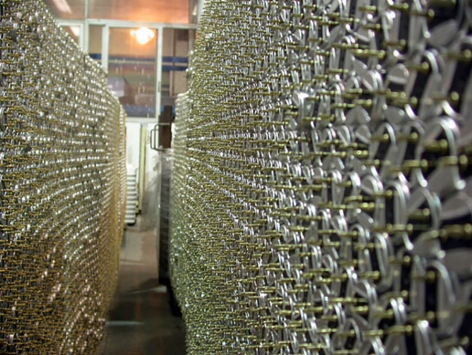 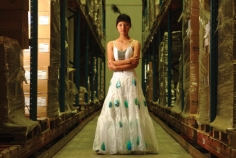 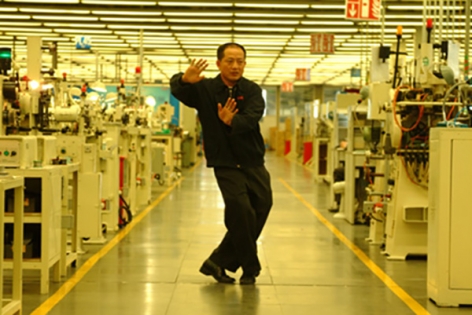