The haudenschildGarage collaborated with The Periscope Project on the 2012 SummerUrban Laboratories providing scholarships for high school students from the Monarch School and ARTS (A Reason to Survive). This is the second year the haudenschildGarage has supported this program.

The Summer Urban Laboratories program is the second formal educational project at The Periscope Project, and the first working directly with students.

In the summer of 2010, a design / build studio was conducted through the NewSchool of Architecture and Design as a formalization of the methods by which The Periscope Project was constructed in the first place: much of the project's embodied labor is attributable to the tireless and enthusiastic contributions of students. Recognizing the appeal of The Periscope Projects to students as such, it has become a supplemental micro-institution. In such a space, the hierarchies of traditional educational systems can be bracketed, allowing students to develop for themselves a greater sense of ownership, connection, and tangible engagement.

During July 2012, resident artists and educators at The Periscope Project worked with small groups of high school students in focused workshops that engaged the urban territory surrounding The Periscope Project’s facilities. Opening up this space as a classroom, the programs introduced students to intensive visual / analytical / collaborative practice, and fostered a deeper understanding of the symbols, structures and ecologies that form San Diego's urban public realm.

On August 16, 2012 a reception and exhibition showcasing student works from past student collaborations including the 2012 and 2011 Summer Urban Labs was held at The Periscope Project.

For more information about the Periscope Project: http://theperiscopeproject.org/

This summer The Periscope Project will host a three-week transmedia (print, web, graphic) and digital design (3d modeling, lighting, rendering) studio workshop sequence in conjunction with “CTRL+ALT+SPACE”; a public exhibition and an Augmented Reality / Alternate Reality Game performed with artist-researchers Todd Margolis & Tracey Cornish of The University of California San Diego’s Center for Research in Computing and the Arts @ CalIT2.

The game, sharing its construction and its performance, will allow students and public spectators alike to both become agents shaping interactive social experiences and participators within much broader conversations surrounding how our city is being made, who is making it, and what it all means for those of us whom live in it. By using contemporary techniques for rapidly visualizing environments, student-teams will generate unique responses in respect to what they deem as “desirable” alternative forms of urbanism. Next, the surviving ideas will be virtually “developed” and processed through open critique, conversation, role-play, and final output as made publically accessible through Layar Vision (near-field AR) and Layar location-based mobile AR.

It is simple. Augmented Reality lets viewers see ideas, project objects containing ideas, or provide a layer of visuals to be viewed on top of their smart phones, tablets, or personal computers screen. Layar Vision is software which mediates this user experience, and when used to more civic ends, allows for individual student expressions to be exhibited geo-spatially -- at a place, at a time, and viewable to anyone with a capable device. Ultimately, allowing our student thinkers, makers, and community members to project their sentiments into spaces traditionally reserved for dominant stakeholders.

This summer The Periscope Project will host a multi-week workshop that prompts students to explore critical questions about their urban environment while introducing them to the process of video and media production. Working with instructors at The Periscope Project, students will identify a question or subject of interest (why is this lot vacant? How are freeways built? Are their public restrooms in San Diego? Etc. . .) and use the process of documentary video making as a means to investigate and develop a story that answers that question.

Media that critically addresses urban space and culture can be a powerful tool for learning, communication, and affecting the public discourse. This workshop will focus on honing technique in tandem with exploring these issues. Students will acquire basic proficiency to shoot, edit, and finish their own narrative documentary videos via prompts that require the student to engage with the community and urban environment of downtown San Diego either as the focus or as a hub of departure. Students will have to opportunity to develop a representational and technical skill set, as well as practice forms of inquiry toward becoming more engaged, informed, and empowered citizens.

The workshops will be dynamic and varied, ranging from exploratory shooting exercises; studio based editing tutorials, field trips to film specific subjects, screenings of inspirational examples, to creative brainstorming seminars. The workshops will culminate in a public screening of the finished works at the Periscope Project. 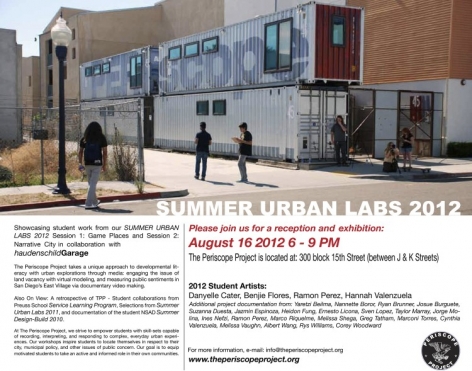 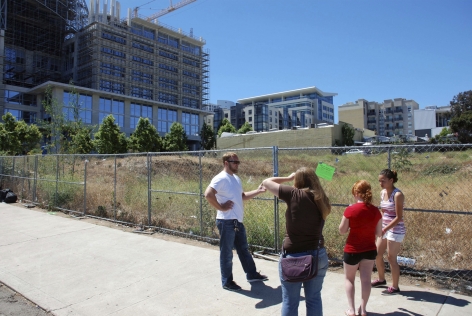 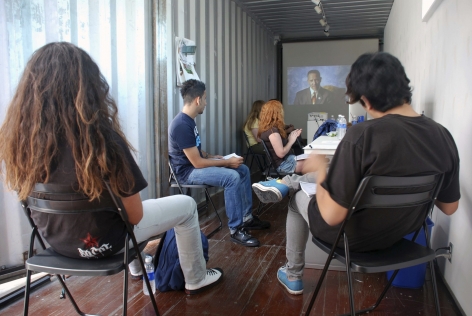 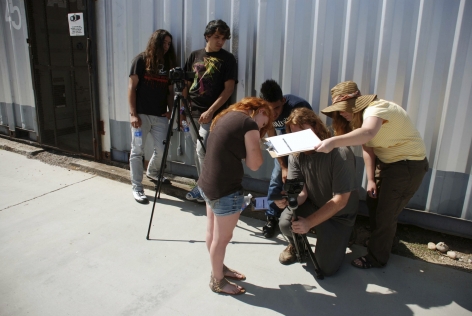 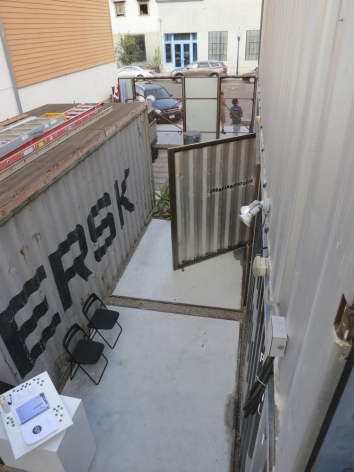 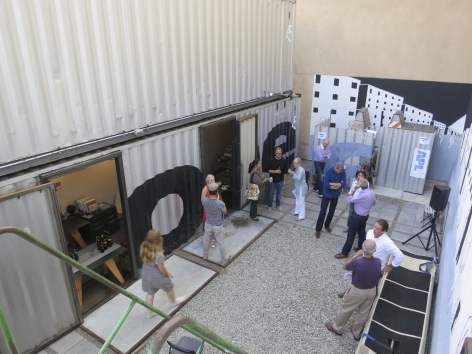 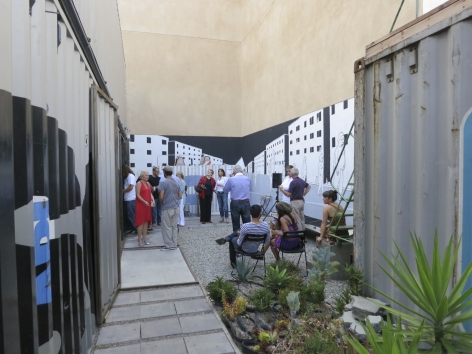 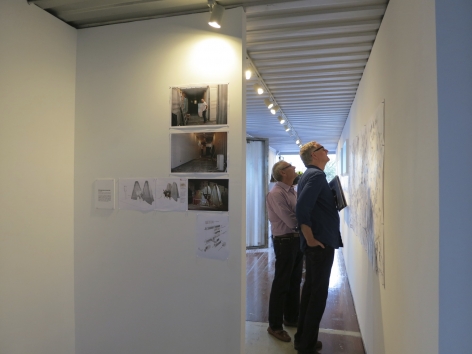 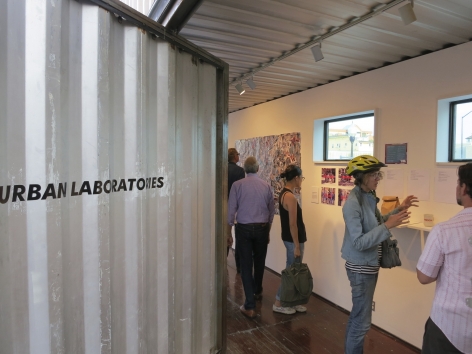 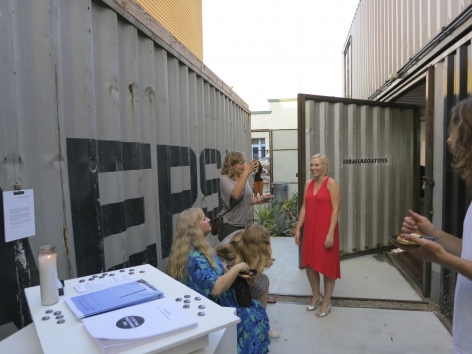 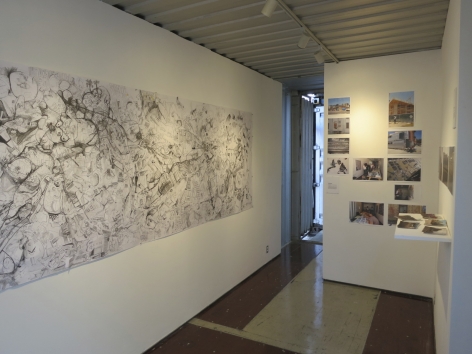 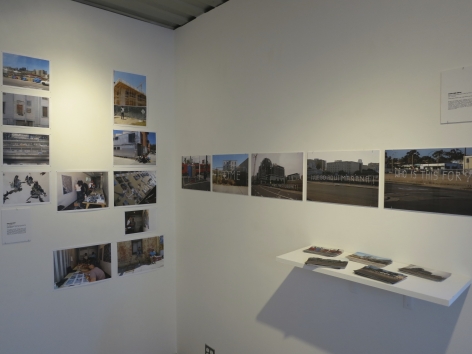 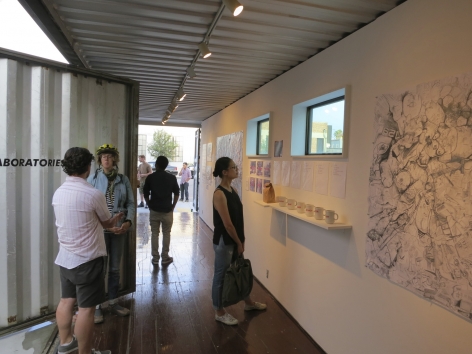 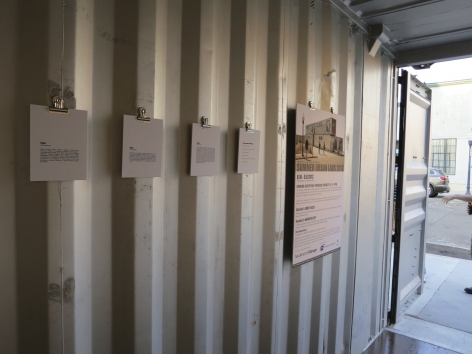 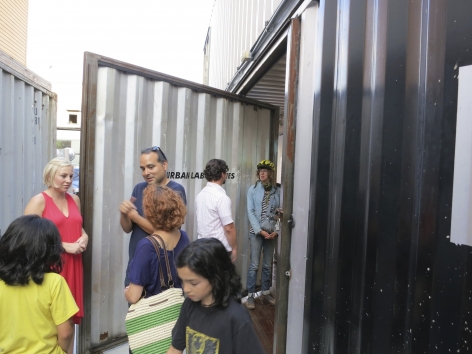 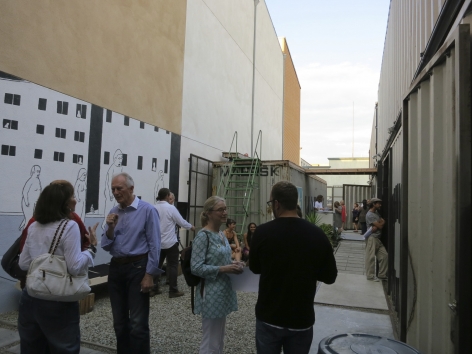 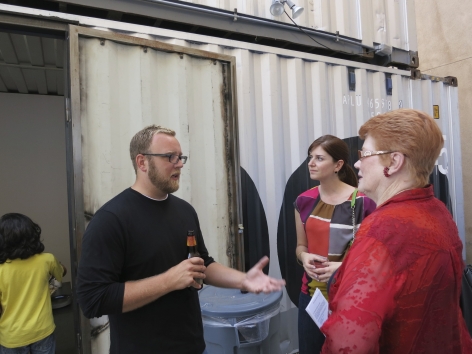 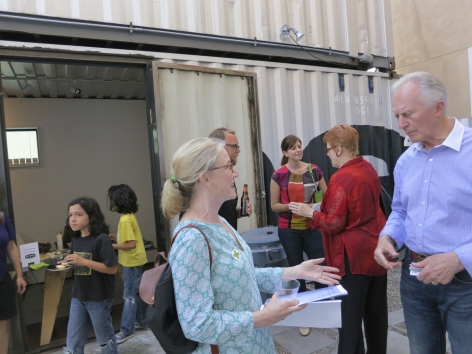 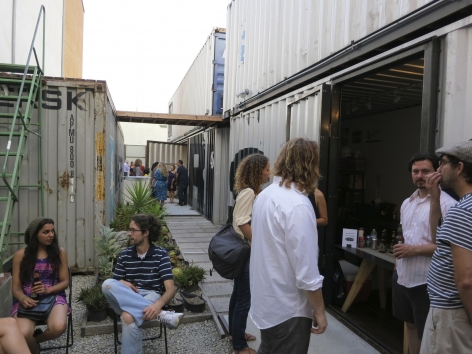 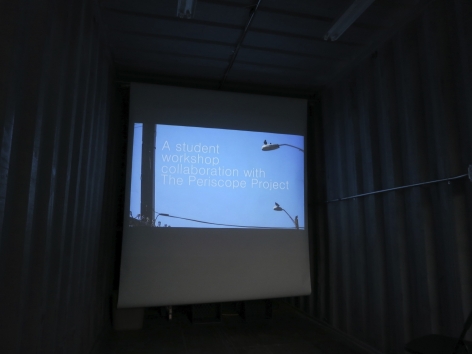 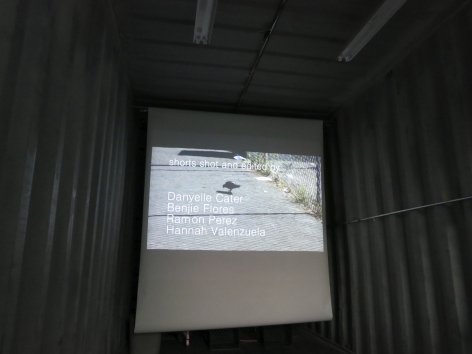 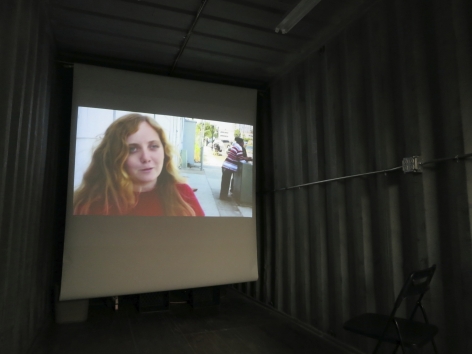 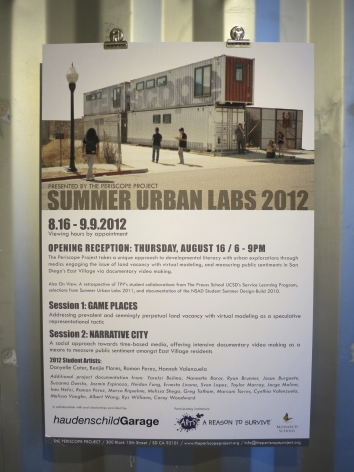 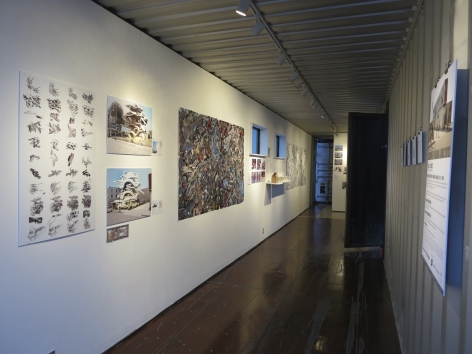