On June 11, 2006 the haudenschildGarage collaborated with the Visual Arts Department of UCSD, inSite and Casa Familiar to present the Political Equator I Conferences: Urbanities of Labor and Surveillance. This three-day, trans-border public event took place in San Diego and Tijuana from June 9 - 11 2006.

World Premiere of Whose Utopia?

Cao Fei's film Whose Utopia? had its world premiere at the haudenschildGarage on June 11.

Her film with Ou Ning, The San Yuan Yi Project, was also screened at the haudenschildGarage.

For Whose Utopia?, Cao Fei spent six months at the OSRAM China Lighting Ltd. factory in the Pearl River Delta in China. Located in Guangdong Province, the Pearl River Delta has led the massive boom in China’s economy since the late 1970s. From 1980 to 2001 the region’s gross domestic product grew from eight billion USD to just over one hundred billion USD. A major manufacturing base for everyday products for Chinese and foreign markets, the region has drawn workers from throughout China in search of economic opportunities and a better life.

According to Cao, “most of the workers left their hometowns in pursuit of their ideal and dream in the Pearl River Delta area.” In the piece she focuses “on the innermost feelings of every individual in this globalized production chain, this giant and complex system of business, placing them at the center of attention, so as to let them rediscover their personal value which is often neglected during the process of creating huge business value.”

Cao Fei was born in Guangzhou, China in 1978. She earned a BFA from Guangzhou Academy of Fine Arts in Guangzhou, China (2001). Cao Fei’s work reflects the fluidity of a world in which cultures have mixed and diverged in rapid evolution. Her video installations and new media works explore perception and reality in places as diverse as a Chinese factory and the virtual world of Second Life. Applying strategies of sampling, role play, and documentary filmmaking to capture individuals' longings and the ways in which they imagine themselves—as hip-hop musicians, costumed characters, or digitized alter egos—Cao Fei reveals the discrepancy between reality and dream, and the discontent and disillusionment of China’s younger generation. Depictions of Chinese architecture and landscape abound in scenes of hyper-capitalistic Pearl River Delta development, in images that echo traditional Chinese painting, and in the design of her own virtual utopia, RMB City. Fascinated by the world of Second Life, Cao Fei has created several works in which she is both participant and observer through her Second Life avatar, China Tracy, who acts as a guide, philosopher, and tourist. Cao Fei’s work has appeared in solo exhibitions at the Serpentine Gallery, London (2008); Orange County Museum of Art, Newport Beach, California (2007); Museum Het Domein, Sittard, Netherlands (2006); and Para Site Art Space, Hong Kong (2006). She has participated in the New Museum Triennial (2009); Carnegie International, Pittsburgh (2008); Prospect.1 New Orleans (2008); Yokohama Triennial (2008); and Istanbul, Lyon, and Venice Biennials (2007). Her work has appeared at the New Museum, New York (2008); Walker Art Center, Minneapolis (2007); P.S.1 Contemporary Art Center, New York (2006); and Asia Society, New York (2006). Cao Fei lives and works in Beijing. http://www.caofei.com/

Whose Utopia? was produced as part of the Siemen’s Art Program, ‘What are they doing here?’, in which artists were invited to make work as part of a residency in a factory. Cao Fei chose the Osram lighting factory located in Foshan, near her home in southern China. Whose Utopia? documents the conditions faced by an increasing number of workers, as factories like Osram move their production to China, further integrating the country into the global economy. The repetitive work is contrasted with dreamlike episodes in which the workers act out their private dreams. The work is lyrical in its portrayal of subjective dreams within a working context, and of individual subjectivity in a rapidly mechanized world, in which individuality has traditionally been subordinate to class or other abstract and generic groupings.

Pi Li, born in 1974, has changed his career direction in recent years. He was once the Art Director for the Chinese Contemporary Art Award sponsored by Uli Sigg. He also showed up in the Cannes International Film Festival as the producer of the Chinese movie Shanghai Dream. After over one year of operation, the U Studio (now named Boers-Li Gallery), founded in 2005 with curator Waling Boers, has also changed its direction. Now Pi Li decides to develop whole-heartedly the studio into a commercial gallery, and he has opened up a 100-square-meter affiliated exhibition area beside the main hall to promote the experimental solo exhibitions. The once mixed-orientated U Studio finally begins to transform into a professional gallery.

The gallery represents a selective group of internationally operating artists. The gallery program is not media-specific, and includes installation, sculpture, painting, works on paper, audio work, photography, video, film, performance, and digital art. Each year, approximately six major solo exhibitions are organized, along with an irregular number of smaller solo and group exhibitions. Boers-Li emphasizes its support for the production of new and experimental work, utilizing its unique position both at home and abroad to open new pathways for artistic development. The program focuses on new developments in international art, as well as on the changing contemporary positions of established or older-generation artists. In addition, Boers-Li participates in a selection of both Chinese and international art fairs. The program also includes the publication of catalogs, both to accompany major solo exhibitions and to offer retrospectives on our artists.

Tracing an imaginary line along the US / México Border and extending it directly across a map of the world, what emerges is a political equator that roughly corresponds with the revised geography of the post-9/11 world according to Thomas P. M. Barnett’s scheme for "The Pentagon’s New Map," in which he effectively divides the globe into “Functioning Core,” or parts of the world where "globalization is thick with network connectivity, financial transactions, liberal media flows, and collective security," and “Non-Integrating Gap,” regions plagued by politically repressive regimes, widespread poverty and disease, routine mass murder, and … chronic conflicts that incubate the next generation of global terrorists.

Along this imaginary border encircling the globe lie some of the world's most contested thresholds: the US-Mexico border at Tijuana/San Diego, the most intensified portal for immigration from Latin America to the United States; the Strait of Gibraltar, where waves of migration flow along with the embattled frontier of Afghanistan, Iran, Iraq, Syria, and Jordan; the Line of Control between the Indian state of Kashmir and Azad (or free) Kashmir on the Pakistani side; the Taiwan Strait where relations between China and Taiwan are increasingly strained as they Pearl River Delta rapidly ascends to the role of China's economic gateway for the flow of foreign capital, supported by the traditional centers of Hong Kong and Shanghai.

These are only a few of the critical thresholds of a world in which the politics of destiny and labor are transforming not only the sites of conflict but also the centers of production and consumption, while unprecedented socio-cultural demographics rearrange flows of information and capital. The dramatic images emerging from the political equator are intensified by the current political climate in which terrorism and its opposite, fear, set the stage for the current confrontations over immigration policy and the regulation of borders worldwide. The result is an urbanism born of surveillance and exclusion which casts these geographies of conflicts as anticipatory scenarios of the 21st century global metropolis, where the city will increasingly become the battleground where control and transgression, formal and informal economies, legal and illegal occupations meets. 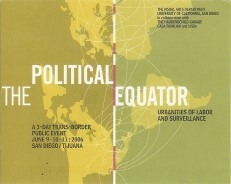 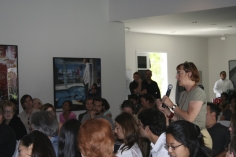 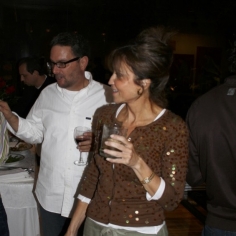